EasyItalianNews.com is based on a site I used for my own language learning (not Italian) and which, once I’d got used to the odd formatting, I quickly fell into the habit of reading and listening to every day.

Within a few months, my comprehension of spoken and written texts had improved considerably, though I still didn’t understand everything I heard and read.

No matter – listening and reading each day gave me the exposure to the language I’m studying that I wouldn’t otherwise have had, perhaps hundreds of hours in total.

And these days I read ‘real’ newspapers, and listen to ‘real’ radio. I still don’t understand everything, but I’m used to that!

Our approach to ‘easy’ rests on two principles:

1. There’s a text to go with the audio (so that’s potentially easier than say watching or listening to the ‘normal’ news)

2. The articles
are formatted
in such a way
as to highlight
which words go together
(collocate or are grammatically-linked)
with other words.
Some of our writers
are rubbish at this
but our editor
checks everything
before she publishes
the final version.)

What we don’t do is rely on our writers (all freelancers, some very young, many not language teachers) to ‘simplify’ their texts.

Some of the content IS very complex, not only grammatically but also in terms of infrequently-used lexis and, in particular, terms which may be in daily use in Italy but are unfamiliar outside (TAV, for example).

The way sport or politics is reported in any language can be difficult at first. Our objective is that the broadcast AS A WHOLE should make some general sense.

It’s normal that some parts of each bulletin will be easier and some harder but we think that listening/reading to this type of material will, over a period of months or years, be a useful transition stage to real media (which also varies considerably in its complexity).

How to use EasyItalianNews.com

If you have a low level in Italian and don’t read or listen much, this is what I recommend you do to build good habits:

Obvious variations on the above include:

If you can read the texts with little difficulty but want to work on your listening, then start by just listening, without the transcript. When you’ve squeezed as much out of the audio as you can, listen WITH the transcript (it helps a lot!)

If you don’t feel comfortable reading in Italian, read and listen once, following the pace of the audio. It gets you to the end quickly. Then go back to the start and read the text again, this time without the audio. You could set yourself a time-limit, and gradually reduce it each time you read a new edition. N.b. avoid looking up words in a dictionary (see below to understand why.)

If you’re the super-confident type, pick one or two stories that interest you and follow the links below them to read the original material. It’ll be harder, but that’s not a bad thing. A combination of simplified and ‘authentic’ reading and listening can work well for some people.

Anita says:
You are right about not looking up the words – I used to do that and had lists and lists of words and the translations. Did I remember them? No!! So now I don’t do it.

Jose says:
I also used to look up every word I did not understand, which made it difficult to read Italian texts. Now I am following your advice and doing much better.

Anita and Jose realised that checking all the words they didn’t know was a bad idea. Here are some reasons why:

Get the Printable .Pdf Ebook! 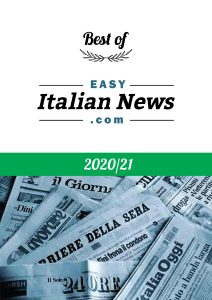 Then you may also value these other sites: